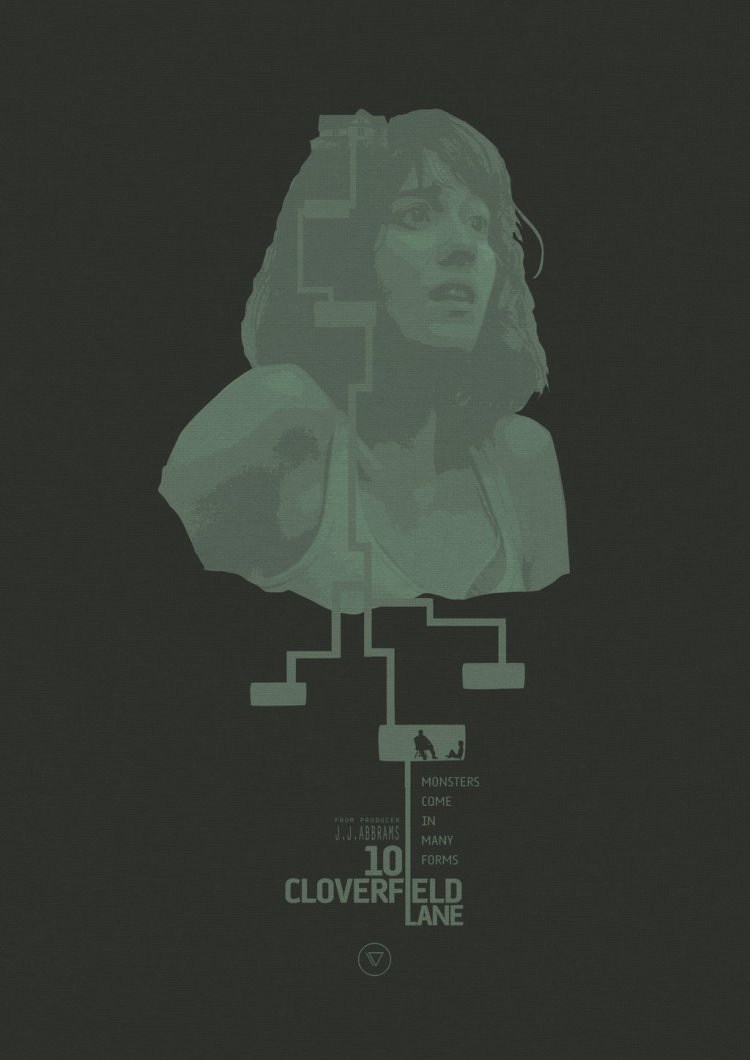 10 Cloverfield Lane is a thriller directed by Dan Trachtenberg and produced by J.J. Abrams’ production house Bad Robot. A ‘spiritual sequel’ to Cloverfield (2008), 10 Cloverfield Lane takes the grandiose sci-fi apocalypse plot of its predecessor and condenses it into something unique.

10 Cloverfield Lane sees Michelle (Mary Elizabeth Winstead) involved in a car accident, which leads to her detainment in an underground bunker by Howard (John Goodman) as well as a second bunk(er)-mate, Emmett (John Gallagher Jr.). Although the men inform Michelle that everyone above the ground are likely dead due to a chemical attack, Michelle still suspects that there are other, more sinister reasons for her capture.

I personally went into 10 Cloverfield Lane expecting (and hoping) for some answers to the ending of Cloverfield which had us all guessing. Although I did not receive any of these answers, I was surprised and delighted with what was delivered through 10 Cloverfield Lane. Though Trachtenberg’s directional debut touches on many genres of cinema including horror, drama, sci-fi and mystery, 10 Cloverfield Lane is a pure thriller. And I would have gladly chosen this film over a pure sequel to Cloverfield.

Visually, 10 Cloverfield Lane is stunning. With no natural light, each scene is penetrated with a succinct mood, following the narrative through scenes of intensity, as if each small flicker of the florescent light ticks the audience into a new level of suspense. As the camera moves around the bunker from scene to scene, we as the audience feel as though we know the floor plan of the bunker as well as Michelle does.

Speaking of Michelle, one of my favourite things about 10 Cloverfield Lane is that it is told from the perspective of a female character. At the beginning of the narrative, we know nothing about Michelle, only that she is leaving her home, and fiancée, behind. In many ways, Michelle’s character is very much like Marion Crane in Alfred Hitchcock’s Psycho (1960), in that the audience is forced to guess their backstories and position, usually resulting in audiences involuntarily placing a bit of themselves into a character.

Unlike Marion Crane, however, upon her capture and subsequent transition into life in the bunker, Michelle perseveres (spoilers for Psycho). I really have to say that it has been a long time since, as a fan of the horror/thriller genre, I have seen a character with such calculated decision making skills. In the climate of irrational, terror-wracked characters, it was really refreshing to see Michelle, as a character, survive and even succeed in this world.

10 Cloverfield Lane is one of the more suspenseful films that I have seen in a while. Essentially devoid of blood and gore (save for one scene), the film relies on tension created through technical elements such as sound and editing. There is one particular scene in which Michelle has to crawl through a closed-space vent, I was so physically uncomfortable that I had my hands clapped over my ears. Spoiler alert: Michelle was fine. But with the combination of the beautifully edited sound design and the high emotional stakes for the character, I had a lot of trouble viewing that scene (perhaps because of my own discomfort of small spaces, which I brought into my own understanding of Michelle).

I must also quickly touch John Goodman’s performance. Predominantly type-cast into jolly, edgy characters usually written by the likes of the Coen Brothers, John Goodman certainly brings a degree of this lighter spirit to his character Howard. And this spirit is absolutely vital, as it completely contrasts the other, more sinister side of Howard. Goodman embeds fear into the audience, which then dissipates leading us, like Michelle to trust Howard. It is when the plot turns and Howard reveals his true colours that we, and Michelle identify the sinister truth about what lies on the surface outside. This is really one of Goodman’s best performances, and I will be cheering him on come awards season.

10 Cloverfield Lane is really something. It is completely unpredictable in terms of its plot, which it definitely uses to its advantage.

This article was also featured in SWINE Magazine’s November issue